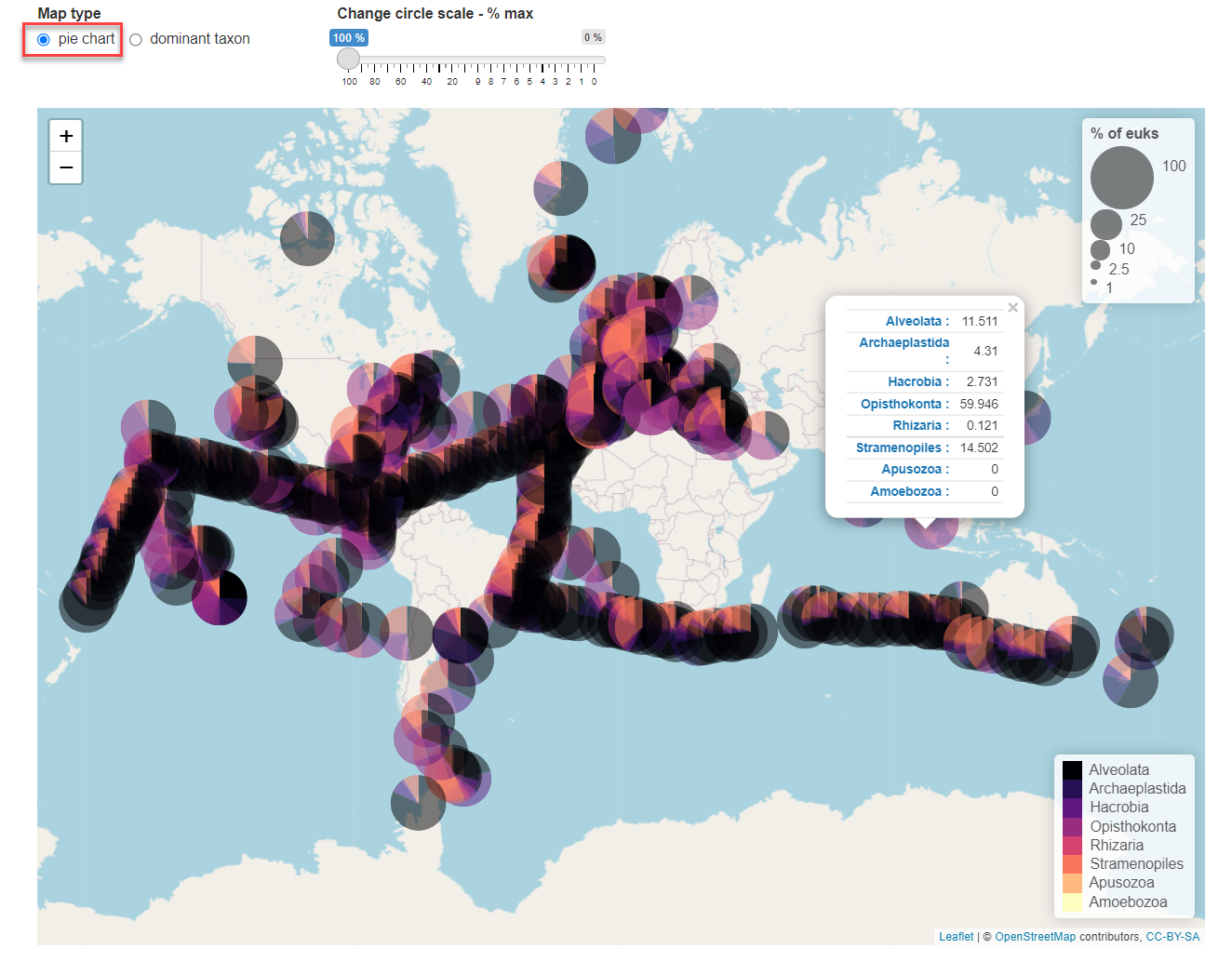 The aim of this project is to make publicly available a database of curated metabarcodes processed with dada2 and for which taxonomy is assigned with PR2.

We have developed an interactive web site (https://shiny.metapr2.org) which allows to visualize, analyze and download the processed data. This includes treemaps of taxonomy, barplots as a function of environmental variables, abundance maps as well as alpha and beta diversity analyses.

The latest version of the database (1.1) has been released in Spring 2022 and contains 41 public data sets including:

The database contains also other non-public data sets from our own work, in particular in the Arctic (Green Edge, MicroPolar). If you are interested please contact me.