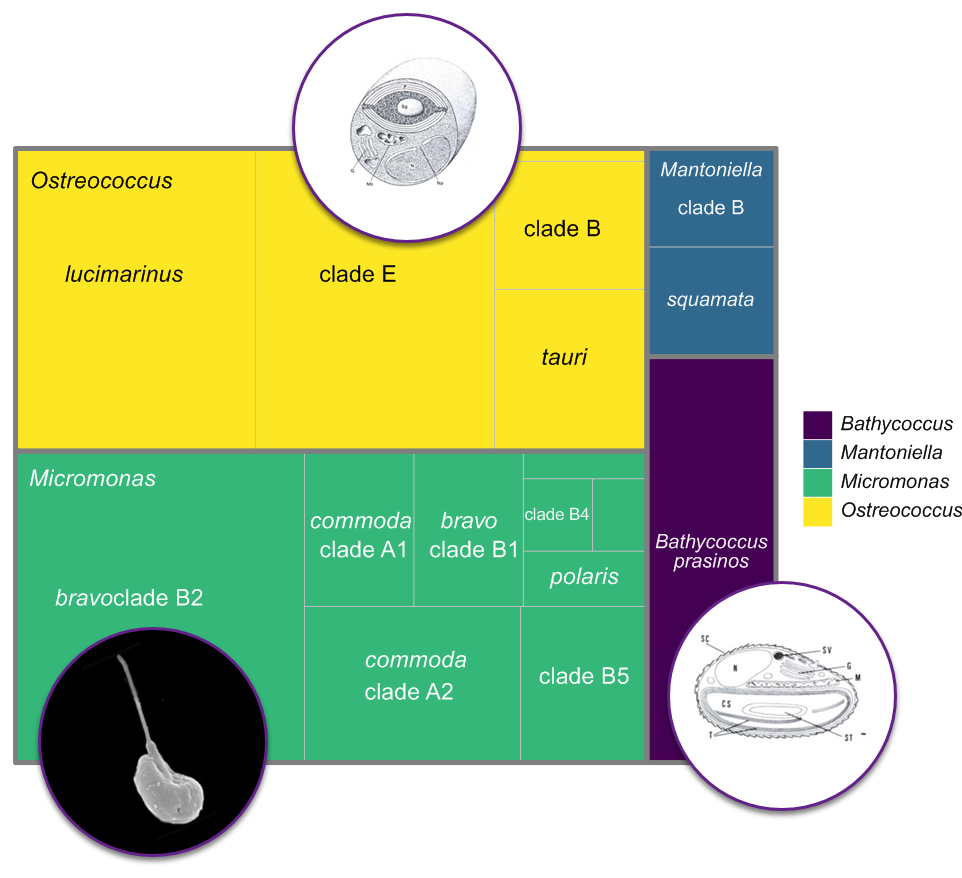 Treemap of the number of reads for Mamiellophyceae genera and clades for the OSD2014 LGC dataset.

The Ocean Sampling Day (OSD) project provided metabarcoding data for the V4 hyper-variable regions of the 18S rRNA gene from 157 samples collected at 143 mostly coastal stations. In this paper we focus on the class Mamiellophyceae, which was found at nearly all OSD stations and represented 55 % of the green microalgae (Chlorophyta) reads in the 2014 OSD dataset. We performed phylogenetic analyses of unique OSD metabarcodes (ASV, amplicon single variants) and reference GenBank sequences from cultures and from the environment, focusing on the four most represented genera: Ostreococcus (45 % of the Mamiellophyceae reads), Micromonas (34 %), Bathycoccus (10 %) and Mantoniella (8.7 %). These analyses uncovered novel diversity within each genus except Bathycoccus. In Ostreococcus, a new clade (E) with 2 very clear base pair differences compared to the oceanic clade B in the V4 region was the second most represented clade after the coastal Ostreococcus “lucimarinus”. Within Micromonas, ten clades were found exceeding the 4 species and 2 candidate species already described. Finally, we found 2 new environmental clades of Mantoniella. Each Mamiellophyceae clade had a specific distribution in the OSD dataset suggesting that they are adapted to different ecological niches.