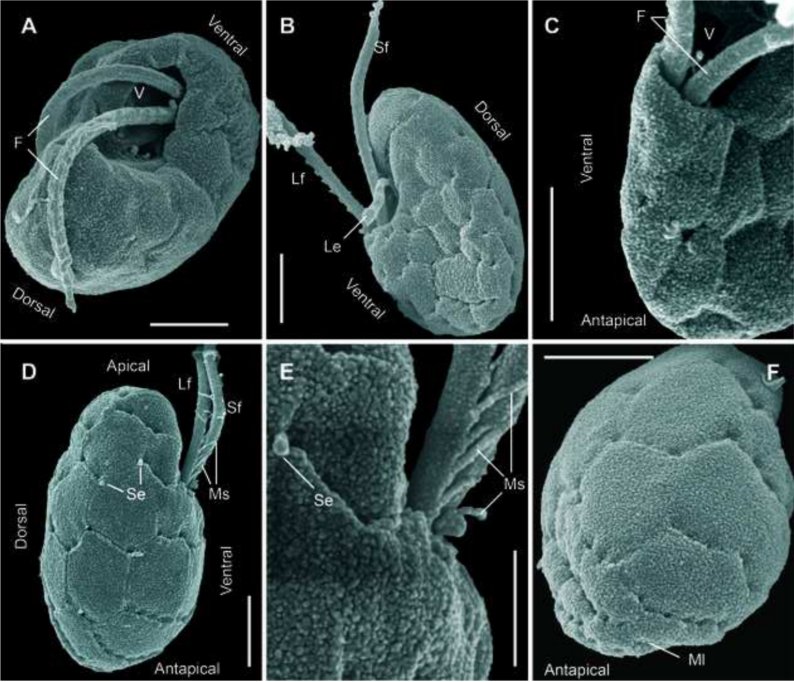 Cryptophytes are a small group of photosynthetic biflagellated organisms distributed worldwide in fresh, brackish and marine waters. Although members of this class are easily distinguished from other groups, species identification is difficult and studies concerning their diversity are scarce. Two strains of an undescribed Hemiselmis species were isolated from the marine waters off Brazil and Japan. Analyses of morphology, phycobiliprotein spectral characterization, molecular phylogeny and ITS2 secondary structure comparisons were performed to assist the identification. The morphological features of Hemiselmis aquamarina sp. nov. matches that of other species from the same genus, but it has a new type of phycocyanin. Molecular phylogeny and ITS2 secondary structure support H. aquamarina as a distinct species. Furthermore, phylogenetic inferences indicate H. aquamarina as closely related to H. tepida, H. andersenii and H. rufescens. Currently, all Hemiselmis species have been described from the North Hemisphere and most from the subtropical region. H. aquamarina is the first species of this genus described from the South Atlantic.