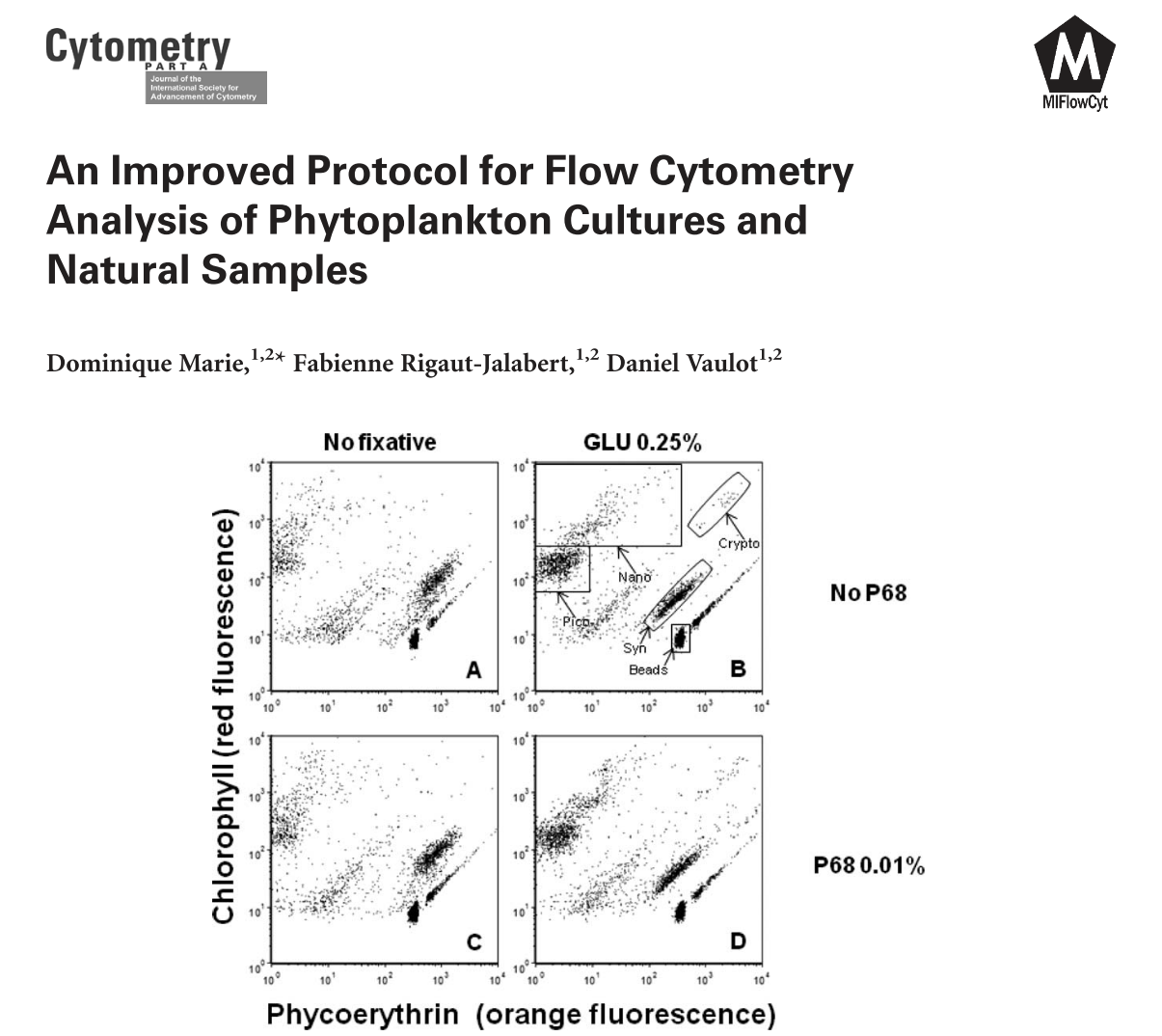 Preservation of cells, choice of fixative, storage, and thawing conditions are recurrent issues for the analysis of phytoplankton by flow cytometry. We examined the effects of addition of the surfactant Pluronic F68 to glutaraldehyde‐fixed photosynthetic organisms in cultures and natural samples. In particular, we examined cell losses and modifications of side scatter (a proxy of cell size) and fluorescence of natural pigments. We found that different marine phytoplankton species react differently to the action of Pluronic F68. In particular, photosynthetic prokaryotes are less sensitive than eukaryotes. Observed cell losses may result from cell lysis or from cell adhesion to the walls of plastic tubes that are commonly used for flow cytometry analysis. The addition of the surfactant, Pluronic F68, has a positive effect on cells for long‐term storage. We recommend to modify current protocols for preservation of natural marine planktonic samples, by fixing them with glutaraldehyde 0.25% (final concentration) and adding Pluronic F68 at a final concentration of 0.01% in the samples before preservation. Pluronic F68 also appears effective for preserving samples without fixation for subsequent sorting, e.g. for molecular biology analyses