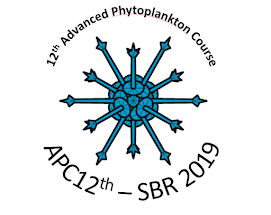 APC12, the 12th edition of the renowned international course on marine phytoplankton, will be held at the Station Biologique de Roscoff in France from 19 May to 8 June 2019.

The APC, initiated in the 1970s at the University of Oslo with the support of UNESCO and its Intergovernmental Oceanographic Commission, has been held from 1985 to 2015 at the Stazione Zoologica of Naples and in 2012 at the University of Copenhagen. APC12 will be the first edition held in France. The course is open to 20 selected researchers, technical staff, and/or PhD/postdoctoral students from around the world who already have expertise in taxonomy of marine phytoplankton and routinely need to identify it in a professional context. The aim is to provide participants with updated and in-depth high-level theoretical and practical training on how to identify and classify members of the major marine phytoplankton groups (diatoms, dinoflagellates, coccolithophores and other phytoflagellates), including species responsible for the formation of exceptional or harmful algal blooms.

The 20-day program consists of lectures and practical sessions during which participants will receive training in classical techniques (such as light and electron microscopy) as well as integration of new approaches (such as flow cytometry and molecular genetics) into the study of microalgae. The faculty of APC12 includes an international team of leading experts in the taxonomy of different groups of marine phytoplankton. Over the last 4 decades the APC has made an outstanding contribution to disseminating the vast body of highly specialist knowledge on phytoplankton taxonomy, which is almost completely overlooked in mainstream educational curricula in spite of its renovated importance, e.g. for interpreting data produced by modern high-throughput methods. Many of the international scientists trained during previous APC editions have gone on to apply, develop and spread the knowledge gained during the course in their local regions.

The course will be held at the Station Biologique de Roscoff (SBR), which is jointly operated by the Sorbonne Université and the French National Scientific Research Council (CNRS). The SBR hosts a renowned group of scientists and students focusing on the study of marine microalgae and protists, as well as the Roscoff Culture Collection that is one of the largest and most diverse open-access collections of marine microalgae cultures in the world. The RCC is part of the European infrastructure “EMBRC” (European Marine Biological Resource Centre). The APC12 scientific organizing committee also includes scientists from IFREMER (Brest, France) and the Stazione Zoologica Anton Dohrn (Naples, Italy). APC12 will exploit the extensive conference facilities (lecture theaters, practical labs, hotel, restaurant, etc.) available at the SBR.